I recently stepped down after a five year stint as a board member of a small housing organisation here in Brisbane.  This organisation was created out of four very tiny organisations – when the four came together they had a total of about 70 dwellings, an annual income of around three-quarters of a million dollars and the equivalent of less than three full time staff positions.  An amalgamation on that scale should theoretically be simple, but this one turned into a saga of epic proportions that dragged on for about seven years.

There were two reasons for the d 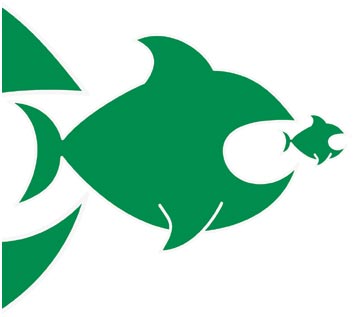 elay.  One was that that we had problems with the funding department which slowed us down.  The other was that we had so few resources and so little clout with anyone that we had no way of pushing it along.  With a tenant-participation tradition, most of our key decision-makers were tenants who had never done this before and were working it out as they went, and we couldn’t afford to pay for any serious advice.  We had no choice but to keep plugging away until we eventually dragged ourselves, exhausted and frustrated, over the finishing line.

Recently I got to see how much easier it could have been.  I spent a little bit of time helping two health-related organisations to negotiate a potential amalgamation.  The two partners between them had an annual turnover of over $20m and almost 300 staff.  Working with them was like a dream after my previous experience.  The two CEOs were highly professional and focused.  Their boards were made up of experienced professionals who were quick to grasp the issues and made good, considered decisions.  If they needed professional advice or extra practical help they could afford to pay for it.  We worked quickly to develop a project plan that would see the most important parts of the amalgamation completed within 3-6 months and the whole job done in a year.

After one of the key decision-making meetings I joined the board members and senior managers for dinner and got talking to one of the board members of the larger partner.  I commented on how nice it was to work for two well-resourced and professional organisations.  He smiled wryly and told me his own story.  Until recently he had been the manager of mergers and acquisitions for a major Australian company.  In this role he managed a number of different corporate mergers.  The biggest involved acquiring a company worth $9b.  Yes, that’s billions!  He said the whole thing took three months, start to finish.  The thing was that he had a team of highly paid professionals who did nothing else but make it happen and if a problem came up they could spend whatever it took to fix it.  He said he had to exercise patience in the current situation because his staff were just learning how to do it.

When I told him about the little housing organisation I was part of, he just laughed.

View all posts by joneastgate61