I’ve just spent a few days in Perth at the National Housing Conference 2015.  Props to AHURI and the WA Housing Authority for organising a thought-provoking and fun conference. 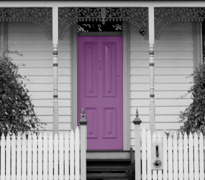 There were lots of presentations from high powered academics, senior officials and CEOs of well resourced organisations.  There was lots to ponder, some great ideas and some moments of despair at the scale of the task.

However, the presentation that impressed me the most was at a little “think tank” session on the final morning.  Yarra Community Housing presented a short workshop on their approach to tenant participation, and as part of this one of their tenants talked about her experiences.

She was a mature woman who was stably housed and in a long-term relationship before a series of events took all this away from her and left her alone and homeless.  Over the next year or two she slept in her car, couch-surfed with friends and family, lived in a leaky caravan and got entangled in an abusive relationship.  After all this, she said, “I finally gave in and went to community services”.

Why, I wondered, should seeking help through the formal service system be seen as “giving in” rather than something helpful and to which she was entitled?  The rest of her story made the answer perfectly clear.  She found her engagement with the system both humiliating and unhelpful.  She was given the runaround, before finally being placed in a boarding house most of whose residents had serious mental health issues.  In this stressful environment she was still short of money and often had to travel around town in search of free meals.  Once, caught travelling without a ticket as she had no money, she was berated publicly by a police officer for the “crime” of being broke and homeless.

During the closing session of the conference, a Q&A hosted by Tony Jones, one of the audience participants pointed out that the majority of people who ask for help from homelessness services are turned away because the system doesn’t have capacity to cope with demand.  Would this be acceptable in the health sector, she asked?  Would it be OK for hospitals to turn half the ambulances away because they didn’t have enough beds?  Would it be OK for schools to make students wait years for enrolment?  Why do we tolerate this situation in homelessness?  And why is it OK for people like the woman who addressed us to receive a substandard, humiliating response to their plea for help?

Fortunately the woman’s story has a happy ending.  She is now
securely housed by a well-run community housing organisation that values her contribution.  She has completed further education and has gone a long way to rebuilding her life.

She has a lot to offer the community.  So do most of the 100,000 people who are homeless in Australia each night.  Surely we can do better for them than offer them the crumbs off our table.

View all posts by joneastgate61